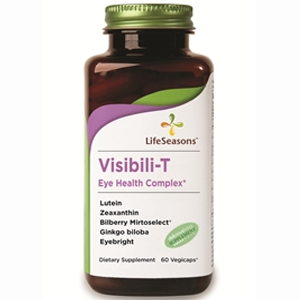 The retina, which uses more oxygen than any other tissue in the body, is highly susceptible to oxidative stress. Unfortunately, the protective fiber cells in the lens do not renew themselves, thus advancing age increases susceptibility to oxidative damage from UV light. In addition, the pupil of the eye shrinks with age, which allows too much light into the retina. Visibili-T provides nutrients vital to macular health, facilitates the transport of nutrients to and waste from the eye, and protects the eye from UV light.*

Lutein
This carotenoid is found naturally in the macula of the eye and helps protect the retina against oxidative stress.*

Zexanthin
This carotenoids is also present in the macula and provides nutrients to synthesize macular pigment.*

Bilberry Mirtoselect®
The anthocyanins in this plant help support healthy blood vessels and blood circulation in the eye.*

Ginkgo biloba
This botanical supports blood flow and circulation of nutrients in the eye.*

There are no reviews yet. 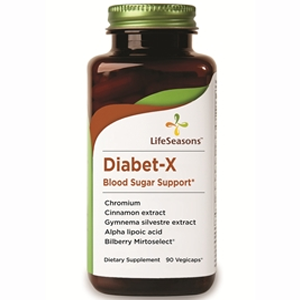 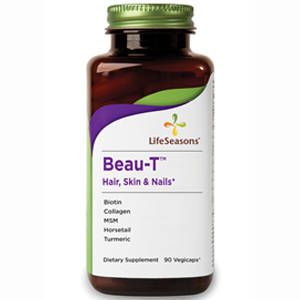 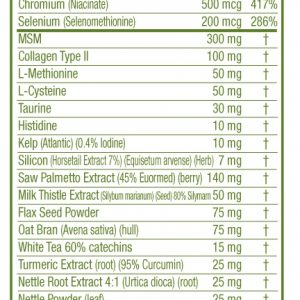 Horsetail
Contains high levels of silica, which aids in the healing of skin* 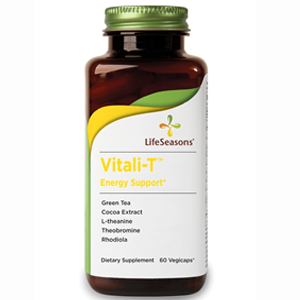 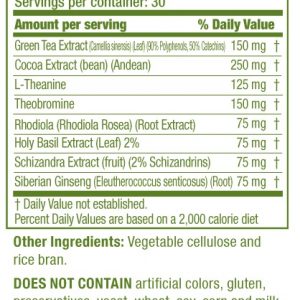 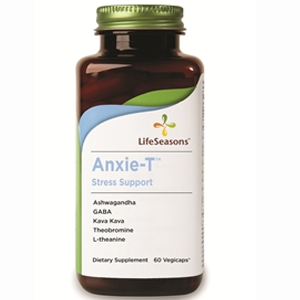 As the body ages, poor diet, environmental toxins, lack of exercise or personal stress can challenge your good health. Anxie-T™ works to support relaxation*, promote a feeling of well being*, and helps with stress management.

Key ingredients
Ashwagandha (Sensoril®)
Withania somnifera (root): Considered by Ayurvedic practitioners as the most important tonic herb in the World’s oldest system of herbal medicine. Traditionally used as an adaptogenic tonic to support natural energy levels and as a mild sedative for issues associated with stress and anxiety including fatigue, muscle tension and weakness, nervous exhaustion and general debility.*

GABA
(γ-amino butyric acid): An important chemical within the brain that functions as chief inhibitory neurotransmitter regulating the firing of neurons. It functions as a moderator promoting a feeling of well-being and balances mind/body responses in states of excitation. It is also involved in the regulation of muscle tone.*

Kava Kava
Piper methysticum (root): Traditional herbal mainly cultivated and used by Polynesian people of the South Pacific for its calming, stress relieving and mild muscle relaxing effects. Preparations of Kava Kava are approved phytomedicines for these indications in Germany and listed as such in the respected Commission E monographs.*

Theobromine
A naturally occurring plant alkaloid found abundantly in cacao bean pods (cocoa beans; i.e. source of chocolate) chemically classed as a methylxanthine along with caffeine and theophylline. Although chemically similar to caffeine, it is only mildly stimulating to the nervous system and actually counters some of caffeine’s over-stimulating effects. It helps to support muscle relaxation specific to free breathing and circulatory resistance.*

L-theanine
An amino acid that helps support the body’s ability to relax by stimulating the formation of alpha brain waves. Alpha waves are produced by the brain during a state described by neuropsychologists as “relaxed wakefulness”. It is also part of the metabolic pathway for the creation of GABA.*